Doorway to debt - Protecting consumers in the home credit market 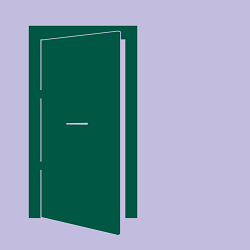 Home credit is one of the largest high-cost credit markets in the UK, with more than than 1.6 million customers. It is also the form of high-cost credit used most commonly by clients who come to us for help with their debts. This new report 'Doorway to Debt' highlights that Citizens Advice helped an estimated 30,000 people who were struggling with home credit debts last year.

Problems in the home credit market fall disproportionately on the most vulnerable within society. Our analysis of client data shows that people who are struggling with home credit debts are particularly likely to be in vulnerable circumstances. Clients are typically female, out of work, on low incomes, and living in social housing. Nearly half (48%) have a long-term health condition or disability, compared with 18% of adults in England and Wales. Many are behind on household bills like council tax or water rates.

Citizens Advice are calling on the Financial Conduct Authority (FCA) to extend its definition of high-cost short-term credit to include home credit loans.

The FCA’s regulation of payday lending has been one of its big successes - consumers are paying less for loans and more are able to repay on time. Removing the exclusion which omits home credit from these regulations would provide valuable consumer protections to home credit users, by:

Citizens Advice estimate that, were existing loans to be priced down to this cap, it could save consumers up to £123m on up to 540,000 loans.

However, after struggling with repayments due to unexpected bills, he rescheduled the loan to deal with the £300 worth of arrears he found himself in at the end of the arrangement and borrowed an extra £200 to help manage future repayments.

Six months later John found that he was struggling again and approached the lender to reschedule the loan payments again. John now had debts of £1650 and was paying £33 per week.

“John’s* experience is not uncommon for people we help with high-cost credit debts, such as doorstep loans and rent-to-own agreements. Low wage growth coupled with a rise in the cost of living means that people on low or insecure incomes are finding it hard to stretch their budgets, pushing many into using high-cost credit to get by.

“People who come to us for help with doorstep loans and rent-to-own contracts were often those most struggling with debt.”

Statistics released by national Citizens Advice earlier this year revealed people with insecure incomes are five times more likely than the rest of the population to use high-cost credit products.

“The use of high-cost credit can be the canary in the cage that people are in financial difficulty,” Suzanne Wigmore said. “People usually end up using these loans because they have nowhere else to turn, and providers of high-cost credit are the only ones who will lend to them.”

Also known as home credit, doorstep loans are a form of borrowing where payments are collected from customers’ homes. Lenders commonly accept borrowers with poor credit histories but the loans are known for their often eye-watering interest rates, with one of the big creditors charging 1,557% for a 13-week loan.

Rent-to-own companies typically charge above RRP for a product such as a fridge or another household item, added to which is the cost of insurance and product protection, all of which the consumer then pays back weekly - typically over three years - at high interest rates, usually paying back way more than the what the product is worth.

About 400,000 people in England and Wales hold a total of £500m of rent-to-own debt, with 200,000 consumers taking out a new loan in 2016. Loans can have annual percentage rates (APRs) as high as 99.9% over the course of three years, as well as punitive late payment fees that add to the original cost.

High-cost credit is usually aimed at people who have low pay packets. People we see struggling with this type of debt are typically females with children and living in social housing. One in two people we saw with a doorstep loan has a long-term health problem; more than one in three with a rent-to-own agreement was between 24 and 34 years old.

High-cost credit is creating problems. Across England and Wales, Citizens Advice estimates it helped 30,000 people last year - about one every four minutes - with issues around doorstep loans - more than any other type of high-cost credit. In the last 12 months we also gave advice to 5,125 people who had problems relating to rent-to-own.

High-cost credit is part of a larger debt picture. People who came to Citizens Advice for help with their home credit debts hold a median of £6,878 in outstanding debt. One third of our clients had outstanding debt on two or more doorstep loans. Those who sought help with their rent-to-own agreements typically held debts totalling £8,000.

John told Citizens Advice that because his doorstep lending agent "had been so helpful to him in the past" he didn't want to fall behind on his repayments again and made sure that this loan was always paid.

But this meant he started falling behind on his priority debts, such as rent payments, and it was the threat of eviction that prompted him to finally seek advice. He said that he felt that his debts were spiralling beyond his control. Following advice, John has set up more realistic loan repayments that he can stick to, and is back on track with his rent account.

A similar cap has been successfully used on payday loans. Citizens Advice saw a fall in people needing help with unaffordable payday loan debts by around half, from more than 16,000 people in 2013-14 to less than 9,000 last year.

You can download a full copy of the Citizens Advice report 'Doorway to debt' below:

Doorway to debt - Protecting consumers in the home credit market

Call us on 03444 111 444
Lines are open 9am to 5pm, Monday to Friday.
Send us an email
Visit your local Citizens Advice for advice in person. Find your nearest office and check opening times.
Contact us

We use cookies on our website. Some of them are essential for the operation of the site, while others help us to improve this site and the user experience (tracking cookies).

You can decide for yourself whether you want to allow cookies or not. Please note that if you reject them, you may not be able to use all the functionalities of the site.